For 8 in 10 Americans, Nation’s Future Is Cause of Stress

Income inequality in the U.S. has increased over the past three decades, according to a new report published by the St. Louis Federal Reserve, which found wealthy AmericansOpens a New Window. are taking home a bigger chunk of total U.S. household income now than they did in 1989.

The top 10 percent of income earnings were worth 50 percent of total household income in 2016 — about $6.44 trillion altogether — compared to 42 percent in 1989 — about $3.56 trillion, adjusted for inflation, according to the St. Louis Federal Reserve’s Center for Household Financial Stability. 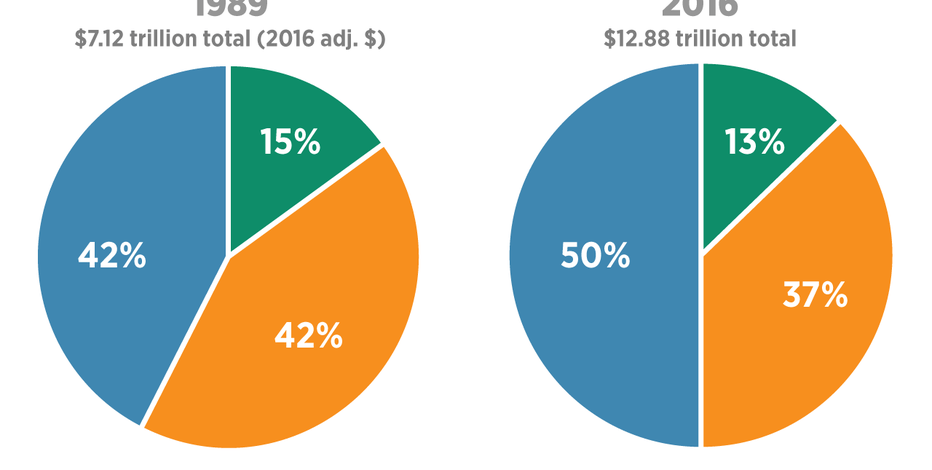 Meanwhile, middle-income earners and bottom-income earners both saw their share of the pie shrink. In total, pre-tax household income combined — including wages, interest, capital gains, food stamps, Social Security and all other sources of income — was worth about $7.12 trillion in 1989 and $12.88 trillion in 2016.

Red and green in the US

Families also saw an increase in negative net worth, which climbed to 10 percent in 2016 from 7 percent in 1989.

“Even though the total wealth pie grew, this rising economic tide did not lift all boats,” the report concluded. “On average, the bottom half of Americans are getting left behind.”

In order to close some of the financial gaps in the U.S., the Fed advised families to build a rainy-day fund for emergencies or to reduce the risk of hardship during economic uncertainty. Americans should also consider making early-in-life investments, like a child savings account, which can have a large effect on longer-term outcomes.

The Bigotry Of Environmental Pessimism – OpEd

As protests continue across the country over the police killing of George Floyd, white nationalist groups have been using...