U.S economy is improving, weeks before the election

Coronavirus growing in 11 states as Fauci warns of ‘disturbing’ data

State and city leaders and members of the community gathered at 3302 Valencia Drive in Idaho Falls on Monday night for the ribbon cutting and open house.

Dr. Fahim Rahim says the clinic is to be a one-stop-shop that provides quality medical care at a lower cost.

Idaho has 9 recovery centers for addiction, mental illness. That may become zero.

Hemp or pot? Cannabis company sues over seizure of truck in Idaho

Police: Almost 7,000 Pounds of Pot Found on Truck Heading from Oregon to Idaho

“We will have a team of specialists — heart doctors, kidney doctors, along with orthopedic, spinal and pain surgeons (and others) all under one roof,” Rahim previously told EastIdahoNews.com. “You can see your family doctor in one corner. If you also need to see an orthopedic surgeon, you can just walk upstairs and get an x-ray on your knee. If the orthopedic surgeon decides you need surgery or some other procedure, you can get it done right here. You can get the labs done here and even visit a pharmacy.” 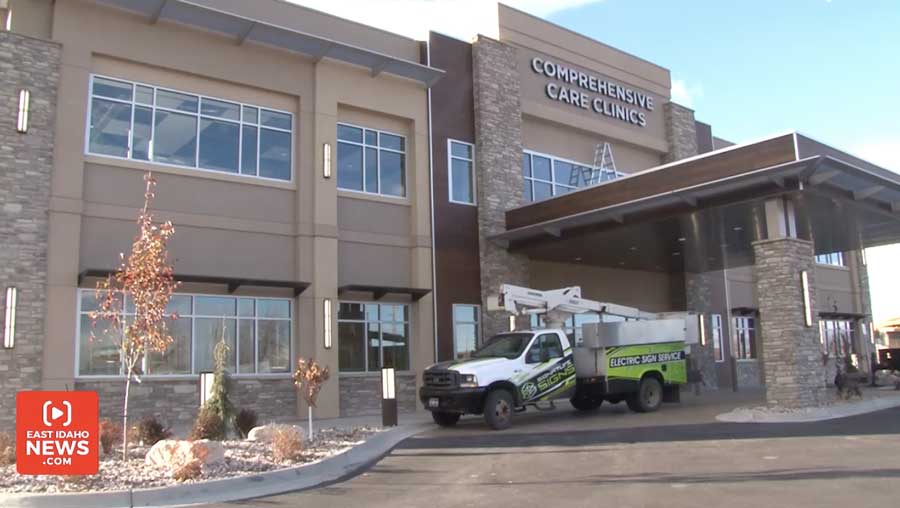 But the event wasn’t just about medical convenience for patients — a memorial honoring female veterans was unveiled on the north side of the building.

It was inspired by Carrie French of Caldwell, who died at the age of 19 in the Iraq war.

“Two years ago, I made a promise to (Paula Hylinski, Carrie’s mother) that we’d (honor) all female veterans of Idaho with a memorial. What you see here is the (culmination) of two years worth of work,” Rahim said.

The memorial was also partly inspired by Rahim’s mother, who is a veteran as well. He says having a place to honor all women who make sacrifices for freedom was important to him.

“We do a good job of honoring our vets and thanking them for their service, but what really spoke to me was having vets honor themselves,” Coker said. “We know they honor those they work with, but to have them honor themselves and all they have accomplished was the focus of (this project) for me.”

The memorial was created to serve as a constant reminder about the price of freedom and be an inspiration for furthering that cause, Rahim says.

“This (memorial) is a simple way to add value to our community,” Rahim tells EastIdahoNews.com. “Every time we walk in this building, we can look at this sculpture to remind us (that the things we’re able to do today are possible because) there was someone’s hard work and sacrifice behind it.”

Some residents in Clackamas County, Oregon, have taken to posting roadside signs warning potential lawbreakers that if they're caught...